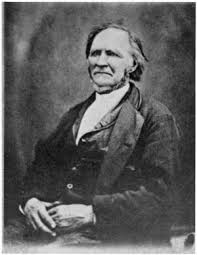 “Dakota leader Taoyateduta, who fled to Canada after the battle of Wood Lake, is shot and killed by Nathan Lamson near Hutchinson, Minnesota. Taoyateduta’s son Wowinape later described his death: “He was shot the second time when he was firing his own gun. The ball struck the stock of his gun, and then hit him in the side near the shoulders. That was the shot that killed him. He told me that he was killed, and asked for water, which I gave him. He died immediately after that.” Lamson is awarded a $500 bounty by the state of Minnesota.” *

What a strange story! The man who shoots Little Çrow is willing to give him a drink of water. What a strange people we are! We pursue our enemies to the death, and then have honor when we know he is dying!?! We are broken people. Taoyateduta fulfilled Your words “for all who draw the sword will die by the sword.” Matthew 26:52

Lord Jesus, You are the only faithful and true judge. Will You visit this event, remove its curse on the ancestries of Little Crow and Minnesota, and bless this broken relationship? Will You curb our actions to today: of patting on the head those we’ve economically killed or slain through the law?