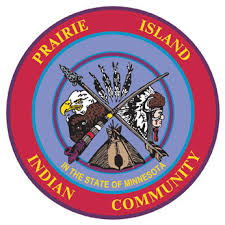 1865 to 1895
“About 150 Dakota who assisted in the punitive expeditions are allowed to remain in Minnesota after the war. They take refuge on lands at Mendota and Faribault owned by Henry Sibley and the Faribault family. As the decades pass, more Dakota find their way back to traditional homelands, living near old villages at Prairie Island and the Upper and Lower Sioux Agencies. In 1889 Congress passes legislation allowing the Dakota to establish communities at Lower Sioux, Shakopee, and Prairie Island. A similar community at old Upper Sioux lands is established in 1938. These four communities are all that remain of federally recognized Dakota land in Minnesota. In addition, several Dakota communities are established in Canada.” *

Amazing! This is exactly the type of stuff that I have looked for during this effort. Here are layer upon layer of opportunities for the Enemy of All to build his evil networks to break the society that You have intended in this state of Minnesota. I’m blind apart from You Holy Spirit! I will tell You what I see. Will You guide my prayers and observations? Will You forgive my errors and move me to what is in Your heart?

Lord, is this an attempt to divide and create unforgiveness among brothers? Is this a task that is understandably messy because we are human beings? Proverbs 6:15,19 NIV tells us “There are six things the Lord hates, seven that are detestable to him:” one of them being “ a man who stirs up dissension among brothers.”

Holy Spirit, we see the fruit of dissension sown among the Dakota people. Will You forgive the offense of the judgments these two groups had towards each other? Will You forgive this offense? Will You re-establish good faith and trust among the Dakota Nation? Will You establish good faith and trust between present Dakota Nations and Minnesota Nations? Will You bless and restore these parties to You, the land, and their generations? Will You break the power of the spirit “who stirs up dissension among brothers?”