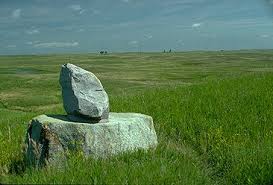 “On September 3, soldiers with Gen. Alfred Sully spot a large encampment of Indians in Dakota Territory who are in the middle of preparing food for the winter. Only some of these Indians are Dakota. Seeing that they are outnumbered the soldiers return and report their find. Aware that they’ve been seen, the Indians break camp, but are pursued by the soldiers. Men, women, and children flee in all directions. The Indian men make a desperate resistance but are soon overwhelmed. At least 150 Indians are captured, and hundreds are killed. In his report Sully gloats “I can safely say I gave them one of the most severest punishments the Indian have ever received.” “ *

Dear Ruah Ha-Qodesh, I’m so thankful that You are the good Counselor. My heart is so heavy as I ponder these memories today. Will You come and bring light and wisdom to pray for this cruel day of July 1, 1863?

My first guidance from You came circumstantially through a video I watched yesterday on YouTube. ** This lesson is from an Elijah House teaching series titled “Healing Trauma” featuring, Prayer Minister/Teacher, Sandra Sellmer-Kersten. In it, she articulates some profound ideas about healing prayer for those who are victims of trauma.

The concept that struck me the hardest was her intentional prayers for the amygdala portion of the brain.

“The amygdalae (singular: amygdala; /əˈmɪɡdələ/; also corpus amygdaloideum; Latin, from Greek ἀμυγδαλή, amygdalē, ‘almond’, ‘tonsil’) are two almond-shaped groups of nuclei located deep and medially within the temporal lobes of the brain in complex vertebrates, including humans. Shown in research to perform a primary role in the processing of memory, decision-making, and emotional reactions, the amygdalae are considered part of the limbic system.” ***

How fitting that we should minister to the exact part of the brain where memories are stored! I’m no scientist, but it makes sense that as memories form much of the basis of our personality and being, that we should humbly and gently pray for You to take this pain up, out, and onto the Cross of Christ. Maybe this is a clue for this meditative journey through history You have me on, Lord; to pray for the amygdala of the collective brain of my broken and wounded culture?

So here I start, today I recognize to You the memory of the Massacre at Whitestone Hill. Gracious G-d, all our offenses are an offense to You first! This day these unnamed soldiers led by General Alfred Sully failed to recognize Your image within the Native Americans living at Whitestone Hill. Whether their punitive actions could be classified at that time as an act of war or simply retribution is unclear. What is clear is that the judgments of the General, his soldiers, the state of Minnesota, and perhaps the U.S. government resulted in the death of innocents. Lord, have mercy on this shedding of innocent blood!

It is apparent by the quotation of Sully, “…I gave them one of the most severest punishments…”, what prompted his heart. But what do You say about this motive?

“There is no fear in love, but perfect love drives out fear, because fear involves punishment. The one who fears has not been perfected in love.” I John 4:18****

How much blood has been spilt on this ground because of one strongman’s fear of another strongman’s fear? How much devastation our home has seen because a General fears a Chief, or a Chief who fears a General? We are incomplete in love, and choose leaders with the same human faults. They have overstepped their boundaries and moved from “protectors” of our culture and society into its’ “avengers”.

Will You place Your hand on the amygdala of all involved in this massacre? Will You remove the heart of the avenger, and guilt of all military men and their eternal progeny involved in this day? Will You guide the same into Your balanced heart of justice and protection, and heal them of the horrors of war?

Further, Will You remember this day of trauma for those Native Minnesotans who were simply preparing food for winter? Will You vanquish these victims? Will You speak into these hearts and their eternal progeny that they are welcome and wanted at Whitestone Hill, and a beautiful part of of Your good plan for this state? Will You redeem this land? Will You take the pain of this memory, and turn it into a blessing? Will You cause a heart commitment that political practice of acts of love will surpass our political acts of fear? Will you complete us in love? Touch the memory of Minnesota! Heal our trauma! Amen.

The Minnesota Historical Society Web site, http://www.mnhs.org , is fantastic! Check it out!

“A Homestead Bill Passed. Minnesota will derive great benefit from the passage of this act. Not only will it afford relief to thousands of settlers at present upon our public domain, but offer additional inducements for emigrants from the east and the old country to settle among us.” -Mankato Record, June 26, 1862

The act brings 75,000 people to Minnesota over 3 years. To qualify for 160 free acres, settlers have to live on it for five years, farm, and build a permanent dwelling. Those able to spend the money can buy the 160 acres at $1.25 an acre after living on it for six months.” *

I am a witness to this truth this morning: Minnesota is the property of the Lord Jesus Christ. Thank you for the heart of the Homestead Act to offer a place for the emigrant: “exile, expatriate, emigre, colonist, migrant, displaced person, D.P., traveler, foreigner, pilgrim, refugee, fugitive, wayfarer, wanderer, immigrant, alien, outcast, man without a country.” (p.136, “Webster’s New World Thesaurus” by Charlton Laird) This is an honorable motive, to be a place of refuge, consistent through Minnesota’s history.

However, there is a heritage of mixed fruit. Some land given away by the state was “acquired” or unjustly taken from Native Americans. We see the continuation of the root sins of greed for land by the fraudulent claims of special interests: lumber companies, railroads, land speculators, and corrupted government agencies. Lord will You be the arbiter of justice over these parties to mass theft, deception, or at least self-interest? Will You specifically restore the Native American to his land(s), or find a path to reasonable compensation? Will You meet this bitter root of land greed today?

Under the the authority of the Lord Jesus Christ, I announce to the spirit and attitude of land greed that your reign in Minnesota from the Homestead Act of 1862 through the present and into the eternal future is broken. Land and property, be reassigned according to the will of the Lord, to the stewards whom He may choose. O land of Minnesota, all below, and sky above, I declare a “Year of Jubilee”: a year of returning and rest, a year of the favor of the Lord!

*P.T.H. cites timeline formerly at this URL: mnhs.org/about/dipity_timeline.htm
The Minnesota Historical Society Web site, http://www.mnhs.org , is fantastic! Check it out!

1858
“The U.S. government seeks more land to accommodate an influx of European settlers into Minnesota. As a result, 26 Dakota leaders are pressured to negotiate yet another treaty. After four long months spent in Washington, D.C., the Dakota are forced to sell the north half of their reservation in exchange for goods and annuities and the continuing right to live on the southern strip of their reservation.” *

Jesus, I do not know the complexities of our laws’ surrounding the Dakota. I can see, with my limited vision and knowledge, that the Federal government with the state government of Minnesota as beneficiary, had a motive to acquire and to redistribute more land from them. This could be a non-issue, were it an amiable deal with a complete and clear understanding of terms.

However, I see the phrases here “are pressured” and “forced to sell”. A forced sale is not a sale, but coercion or extortion. Again, who would choose to submit to high pressure sales tactics of their own volition? Will You forgive this offense of coercion towards these 26 Dakota leaders and all their people and lands?

We have offended You by offending these exact Dakota bands? Will You forgive us this debt officially done in the name of Minnesota and our Federal government? Will You lift the spirit of coercion that still binds this specific Dakota land? Will You lift the spirit of harassment from the shoulders of these 26 Dakota representatives, their nation, and all their generations? Will You free our government and it’s Representatives from the bondages incurred through this event? Will You create remorse that leads to right relationship in those who specifically forced this “sale”, and their figurative children today?

With President Abraham Lincoln, today I pray for “a new birth of freedom”! Will you inspire us to create new means to legally restore such historic cases? Furthermore, will You teach us ways to unravel the generational damages to our bodies’, minds’, wills’, emotions’, and physical environments?

Good Father, how I love Your freedom! You do not force us to follow You, but have said, “Choose this day who you will serve.” (Joshua 24:16) May we forever cherish the Messiah’s example of laying down His life for both friend and enemy! He blessed those that cursed Him even during His execution!? May we consciously choose to love our neighbor! May we seek Your blessing, and the double blessing of our neighbors!

*P.T.H. cites timeline formerly at this URL: mnhs.org/about/dipity_timeline.htm
The Minnesota Historical Society Web site, http://www.mnhs.org , is fantastic! Check it out! 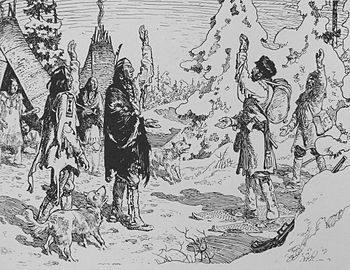 Exploring the West for furs, French explorers Radisson and Groseilliers canoe along the south shore of Lake Superior. They meet the Dakota Indians, whom they call “Buffalo People,” and are probably the first Europeans to reach Minnesota.*

Lord Jesus, thank You for the meeting of Radission and Groseilliers and the Dakota Indians. Was this by chance, or was it orchestrated by You? What wonderful purposes were in Your mind to meld France to the Dakota peoples? What fantastic opportunities do You wrap up in our chance meetings?

I want to acknowledge before You any bitter judgements rooted in this event. I recognize the judgments made stemming from technological “superiority” or “inferiority.” Thank You for our inherent worth as human beings. Release us in the present from any wounds rooted in this meeting. Will You send Your mercy from this event forward, and create  a heart of remorse, repentance, reconciliation, and a new relationship? Will You reverse any curse, and send Your blessing to the inheritors of this event, whether French, Native American, or Minnesotan?

Thank You that every tribe, tongue, and nation of people is equally loved by You.

*Note – PrayThroughHistory uses the timeline located for several years at the Minnesota Historical Society Web site, at this URL: mnhs.org/about/dipity_timeline.htm .  Currently the timeline seems to be unavailable. I am hopeful that it will be back up in the future, as it was a valuable, user-friendly tool for anyone wishing to explore Minnesota history.
Standard