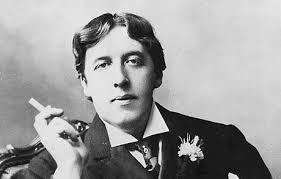 “Hear no evil, speak no evil-and you’ll never be invited to a party.” Oscar Wilde

“The quotable Oscar Wilde takes his American lecture tour to the Twin Cites. The young Irish writer’s affected speech and knee breeches fail to impress local newspaper reporters who label him an “Ass-thete.”

“Speaking at the Opera House, his subject “”was ‘art,’ consisting of a sort of lament that there was so little ‘art,’ especially in this country…. He was shocked by our buildings, by the mud in the streets, and especially by the rooms and furniture in the hotels….

The lecture was well worded, and at times quite poetical. It was certainly harmless and does not entitle Mr. Wilde to either abuse or ridicule. It was simply the smooth sentences of a languid poet, which strike the ear somewhat melodiously without arousing any overwhelming enthusiasm or creating sufficient excitement in the listener to cause him or her to burst a blood vessel.””

Lord, thank you for poetry and writing! Thanks for the “music of the spheres” and of the universe of words! Thank You for the talents of Oscar Wilde!

We often love our heroes, perhaps even worship them, and then are disappointed when to find out they’re human. Was this the case when Wilde toured here? Lord, will You forgive the artists and writers of Minnesota any judgments of Mr. Wilde? Will You forgive his assessments of our state, art, and writers?

Lord, I confess that we as a people love to put artists on a pedestal. We invest lots of time, energy, and treasure in those who move us. I believe You are the first artist, and that those who are talented in that arena move us because they wake our slumbering spirits. Jesus, we have made artistic brothers and sisters into gods. Will You forgive us this offense?  Will you bless the artists of this state, their generations, and their creations?

** Note: I once was a member of the much-beloved local band “Romantica”. Check out the link to hear their tribute to Oscar Wilde? https://romantica.bandcamp.com/track/oscar-wilde 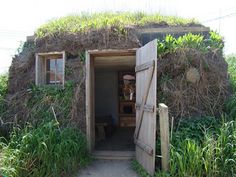 “Seven-year-old Laura Ingalls and her family settle 1.5 miles north of Walnut Grove along the banks of Plum Creek. Charles and Caroline Ingalls settle on the property in May 1874, declaring their intent to homestead it. After three consecutive years of crop failures they decide not to complete the homestead process and instead purchase the land in July 1876 from the U.S. government and immediately sell it and move to Iowa.” *

In 1932 Laura Ingalls Wilder writes the story of the time that she, Pa, Ma, and sister Mary spent in their dugout house at Plum Creek. **

It may strange to say, Eternal Father, but almost nothing helps me see You more than the story of another human being. How many readers have had their minds opened to this era because an ordinary girl recorded the stories of herself, her family, and their everyday life!?! To me, Ms. Ingalls-Wilder demonstrates that every life is an adventure, each day is a universe, and that You are there profoundly in the simple moments. ***

I praise You for Laura Ingalls; both the author and her story! Will You bless our writers in each generation to see the value of their lives, and to tell their tales with such similar and stark honesty as she? Thank You for shaping her Minnesota experience, and blessing her with a heart to share her story!

1867
“Ralph Waldo Emerson braves sub-zero weather in an open sleigh to lecture in Winona. The poet and essayist–known to many as “the wisest American”–gives four other speeches in Minnesota before returning to Massachusetts.” *

“Mr. Emerson leaves to the world no system of philosophy, no orderly presentation of new or great truths; but he has done a a great and usually salutary work by stimulating the thought of two generations and by helping courageously to clear away the intellectual rubbish which the centuries had gathered. . . He has done the needed work of the iconoclast in so kindly and decorous a way as to hurt as little as possible the enduring good.” ** Minneapolis Tribune April 28, 1882

Lord, I have not experienced much of Emerson’s wisdom, but I ask that You bless him, his generations, dwellings, and property in the name of the Lord Jesus Christ! May we follow in his footsteps to do the intellectual work You have for us in this life. May we bless the future of Minnesota with “enduring good”!

http://www.mnhs.org/about/dipity_timeline.htm
** Cited by Hubert H. Hoeltje in “Emerson in Minnesota”

Mr. Goodhue came to Minnesota Territory ca. April 18, 1849, and ten days later had: founded a newspaper, wrote, and published its first edition! Known as man with sharp wits and elbows, he had much to say and did not mince words. An avid Democrat, he unabashedly aired his views with vigor.

Inter alia, he debated a territorial judge so fiercely that the man stabbed him, but not before he left his challenger with a non-fatal gunshot wound!? His mixture of talk and tenacity ensure that “The Minnesota Pioneer” had enough forward momentum to survive. Currently the “(Saint Paul) Pioneer Press”, now the state’s eldest newspaper, traces its origins back to the efforts of Goodhue and the St. Paul Dispatch. ***

Lord we thank You for the gift of language and writing. We thank You for our human ability to speak. Will You help us divide this snapshot in the life of Minnesota and James Goodhue?

We thank You for the efforts and zeal of Goodhue to found a forum for public discourse in Minnesota Territory. We acknowledge the risks and personal costs paid by him for our benefit. We remember the tag line of his beloved paper to You; “Sound principles, safe men and moderate measures”.

We solemnly remember his zeal and the inherent weakness of this strength. We applaud Goodhue’s ability to articulate his heart-felt Democratic principles, but recognize that passion without self-control may yield division…or a stab wound.
Will You forgive the condemnation that came from his pen and mouth, and wounded his targets? Will You forgive the counter-judgment’s and condemnations of those who opposed him?

Presently, we find ourselves in the same position. We, at times, vigorously debate our neighbors until they become our foes. Will You give wisdom to all who pick up the pen, or tittle the keyboard in our newsrooms because they share the same heart to give voice to the times? Will You give our beloved reporters and newspapers a balance of forbearance and forthrightness, accuracy and mental acuity to enhance Minnesotan’s sense of current events? We love Your words, will You speak life to us so we can share it with others?

“With the tongue we bless our Lord and Father, and with it we curse men, who have been made in God’s likeness. Out of the same mouth come blessing and cursing. My brothers, this should not be! Can both fresh water and salt water flow from the same spring?” Berean Study Bible James 3:9-11

May I watch this moment in 1844 with You? Can I sit with You on the east bank of the St. Croix bluff and take in the whole valley? I can practically smell the forest, and feel the calming flow of the St. Croix river.
On this day I remember to You the Ojibwe and Dakota nations that shared this land with us. Will You remember their open-handedness? I thank You for all, past present and future, who are blessed by this kindness.

The forests of this valley, and its’ proximity to such a wide river must have been an amazing discovery to lumbermen like McKusick. Huge trees could be harvested, rolled downhill, and floated to the sawmill. What prime real estate for the woodsman?!

May I thank You for Mc Kusick and the utility of these vast stands of timber? May we ponder the needs those woods supplied for that generation? Thank You for the hard, but good work provided through logging in that era.

As with almost any endeavor, with success comes competition. I know too little about the specifics of the competitive nature of these loggers in Stillwater, but relate to them as human who knows what it’s like to protect something valuable. It is easy to over invest in one’s work, to have our nose so close to the grindstone that we can’t see beyond it.

Thank You for whatever it is we harvest now, or our future generations! May we humbly acknowledge You, and our dependence on Your resources. You commanded the Hebrews to not harvest up to the edges of their fields, but leave some behind so the needy would have food. Will You bless us to do this now and always, whatever our field or forest looks like?